They usually aim to partake in any type of skill-based game as long as there are other people playing it as well.


In any case, they all follow a set of stages that usually remains the same throughout every case. The first stage is the most encouraging phase that an action compulsive gambler goes through. Most active compulsive gamblers tend to start off with a big win, or netting a series of wins in different games that have them earn so much money that it becomes better than what they make in a year.


Most active compulsive gamblers tend to experience a period of huge wins during the first 4 years of their gambling life, as an estimate. As they tend to play in skill-based tables, winning created the belief inside their heads that they are far better than any other competitor.

While it might prove to be true in some cases, usually luck is playing a huge part on their side of the story. They think that their skills are entirely responsible for the way they win against other players, which creates a superiority complex inside their heads. This complex leads them to wager more and more money as time goes on, and they also commit much more time and personal resources into their game.

As a consequence of this, their strong sense of self-belief makes them start betting more and more money as time goes by, which also makes them lose a lot more than what they win. In fact, since the gamblers reach a state of delusion during phase two, it means that they will start placing bets when the winning probabilities are highly unlikely to favor them. Deep down, the gamblers even know this — they know that the odds are firmly against them, but the state in which they are in makes them still place the bets thinking they can win.

These attitude changes are very clearly noticeable by those around him, albeit it could take some time for non-acquaintances to realize this. Once the money runs out, they will advance to the third phase of the affliction. The attitudes present in phase 2 increase and even become worse. During the third stage, gamblers tend to lie even more profusely, to the point where even they can believe their own lies.

The lies that compulsive gamblers tell in this stage are often perceived to be the truth by themselves. This stage is very dangerous and, depending on the afflicted individual, could result in manifested aggression against third parties. This is also the state in which they start caring even less for their safety and their families, so they usually start recurring to illegal activities in order to keep supporting their gambling addiction.

They might take up loans from the wrong people, and their home life usually suffers almost irreparable damage. In most cases, this is the phase in which gamblers divorce from their spouses. In some cases, the spouse gives an ultimatum to the afflicted gambler and it often results in the compulsive player seeking treatment. The fourth phase could be the final phase for many compulsive gamblers. During this phase, the gambler loses all hope and simply decides his life is not worth it anymore. This is the phase in which the most suicides occur, as many gamblers attempt to kill themselves once they reach such a low point in their lives.

After the gambler hits rock bottom, they can finally begin to pull themselves up from the ground. During the fifth stage of their process, the gamblers finally accept that they have a problem and are ready to deal with it. In fact, phase 5 represents the first time in which the gambler seeks help on his own and does it wanting to do it, unlike in previous occasions. Gamblers that reach this stage often undergo support group meetings and their attitudes change significantly. 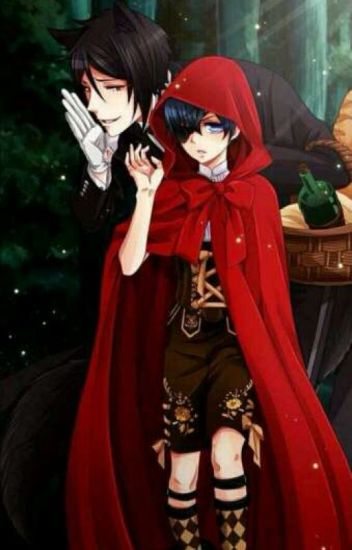 Compulsive gambling can be successfully treated. Cognitive behavioural therapy has been shown to reduce symtoms and urges for many gamblers. A social typology of gambling behavior. Heineman Pathological gambling among youthful multiple substance abusers in a therapeutic community.

What is Compulsive Gambling?

What is Compulsive Gambling?

Sample of female Gamblers Anonymous members is from H. Puig Insurance problems and pathological gambling. Journal of Gambling Behavior, 3, Ciarrocchi Severity of impairment in dually addicted gamblers. When providing information to the LLA Hotline, please include sufficient detail describing who, what, when, why, and how to allow us to fully evaluate your information.

Although we will consider anonymous information, providing us with your name and telephone number will allow us to contact you with any additional questions that we have. Contact the Louisiana Legislative Auditor Hotline if you suspect theft, fraud, waste or abuse of public funds by anyone. What is Compulsive Gambling? Late to work due to late night card game, casino venture, or bad night's sleep worrying about gambling-related problems. Long lunches betting, gambling or setting up loans. Mysterious disappearance in the afternoon typically at the track, off-track betting, afternoon card or dice game, or listening to sporting events.

Sick days taken right when they become available rather than allowed to accumulate uses sick days to gamble. Vacation used in isolated days rather than blocks.